New York is one of the most fascinating cities in the world, with history and landmarks galore. From the Statue of Liberty to Brooklyn Bridge to Fraunces Tavern, here’s a list of 9 of the best historic landmarks in the city.

Built in 1876, Central Park is an urban oasis. Separating the Upper West and Upper East Sides of New York City, this 843-acre park is full of history. It stands on the land where Seneca Village, a prosperous Black community, once stood. It was also the first public landscaped green space in the United States; Frederick Law Olmstead, the father of landscape architecture, was the one who co-designed it. From a peaceful reservoir to a stately terrace to winding trails, Central Park is full of things to see. 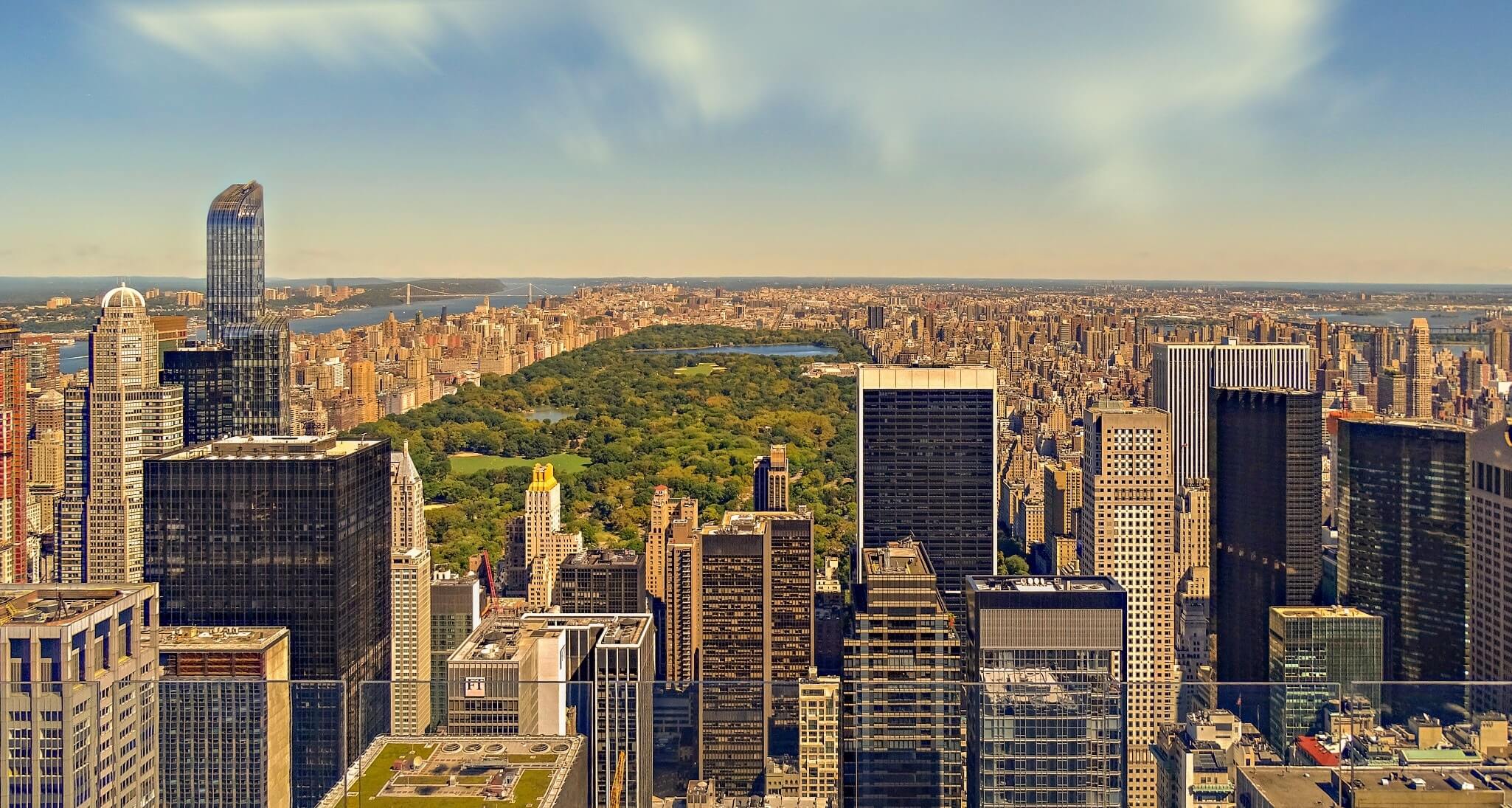 Possibly one of the country’s most iconic images, the Statue of Liberty stands sentry over New York Harbor. The copper statue was gifted to the U.S. by the French in the 1880s as a memorial to American independence. The statue, designed by sculptor Frédéric Auguste Bartholdi, depicts the Roman goddess of liberty holding a torch and a tablet inscribed with the date of the Declaration of Independence. Located on Liberty Island, the statue is definitely worth a visit for its status as one of America’s most recognizable symbols. 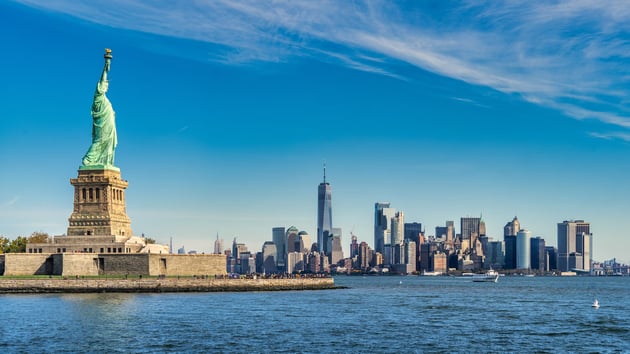 Grand Central Station is far from being just a train terminal. Located on Park Avenue in Midtown, Grand Central has served the city since 1913. It has more railway platforms than any other station in the world, at 44. At the beginning of the 20th century, the city wanted to proclaim its magnificence to the world; it did so with the construction of the spectacular Grand Central in the grand Beaux-Arts style. Grand Central is another one of New York’s most eye-catching landmarks – and it’s useful too.

Opened in 1931, the Empire State Building was once voted America’s favorite. This Art Deco building has over 100 floors, and it was the tallest building in the world from the time it was built to 1970. It is popular for its beautiful design and sweeping views of the city; it has two outdoor observatory decks on the 86th and 102nd floors. It is located in Midtown, but it can be seen from afar as it rises out of the city like a beacon. Yet another one of New York City’s most iconic locations, the Empire State Building is definitely worth a visit for the views.

The Metropolitan Museum of Art

The largest art museum in the Americas, the Met contains over two million works that span 5000 years of history. The stately museum, founded in 1870, is on Fifth Avenue on the Upper East Side. Obviously, there are countless fascinating exhibits to see, but some of the most incredible include works by Rembrandt, Van Gogh, Monet, and Vermeer; the Temple of Dendur, a 2000-year old Egyptian monument; a room full of armor; 9th-century lion sculptures, and much, much more. It would take days or maybe even weeks to explore the entire Met, but it is one of the most culturally rich destinations in the city.

The Brooklyn Bridge provides gorgeous views of Lower Manhattan and Downtown Brooklyn. From the bridge, you can see everything from Hudson Yards to the Statue of Liberty to the Chrysler Building. Built in 1883, it was the first permanent crossing over the East River separating Manhattan and Brooklyn. It is neo-Gothic in design, and 1.1 miles long. It is a popular location for a stroll or a jog because of the incredible vistas you can see from it. 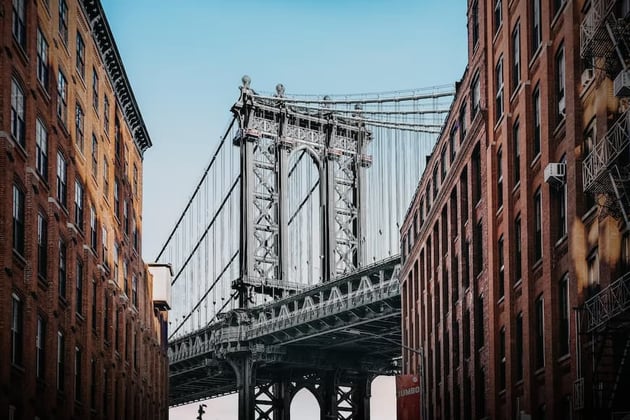 More somber but no less important than the other landmarks on this list, the September 11 Memorial commemorates the tragedy of the terrorist attacks on that date on 2001. The memorial and museum are located at the former site of the World Trade Center, and it lists the names of the 2,977 people killed in the attack. The nearby museum tells the story of the tragedy with artifacts, audio, and personal stories, with the goal of healing, unity, and remembrance.

Carnegie Hall is one of the most well-known concert venues in New York City. Built by industrialist Andrew Carnegie and designed by William Burnet Tuthill, the building is famous for its prestigiousness. The Italian Renaissance-style hall was constructed in 1889 with brick and terracotta. Its three auditoriums have been graced by some of the most famous classical musicians of the 20th century, including Leonard Bernstein, Duke Ellington, The Beatles, and many more. Carnegie Hall is the perfect destination for lovers of music and architecture.

Now a restaurant and museum, Fraunces Tavern has been around since 1762. The Sons of Liberty used it as a meeting spot before the American Revolution, and it was the location of George Washington’s farewell to his soldiers after the end of the war. Early governmental departments were also located at Fraunces Tavern. The museum in the building opened in 1907 with a collection of Revolution-era artifacts and stories. Now, the restaurant operates dining rooms and bars with classic American fare. 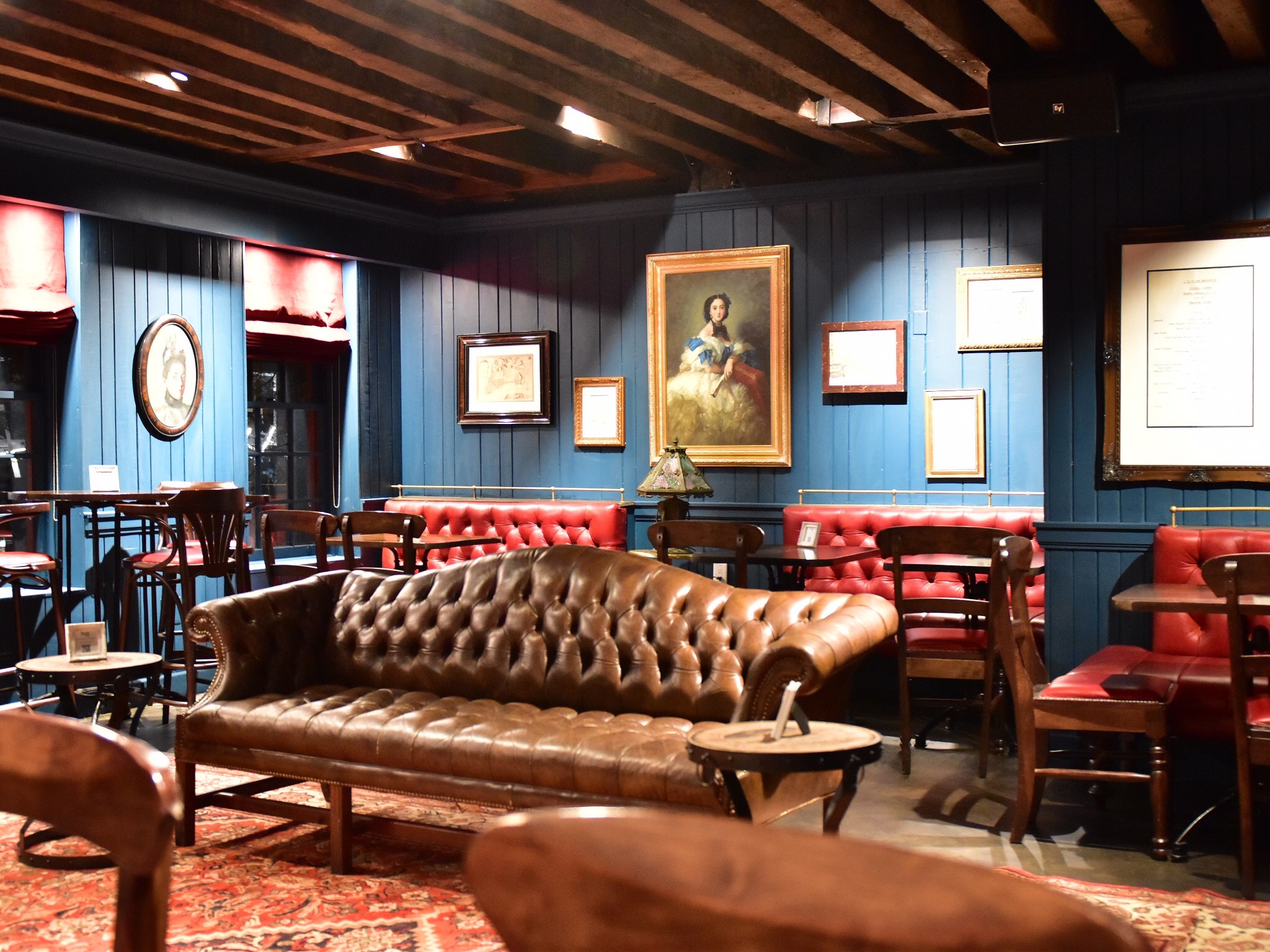