Why You Should Add Broadway to Your NYC Bucket List 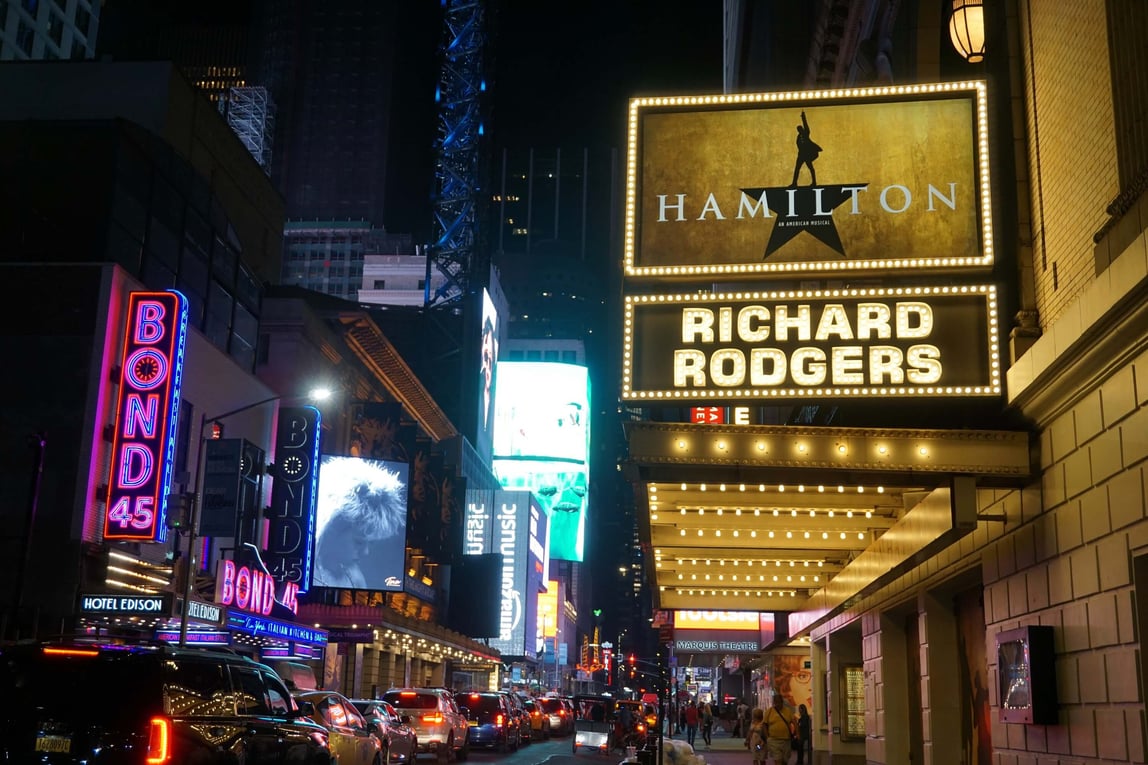 You may only know Broadway as the home of countless highly-acclaimed shows, from the dramatic Phantom of the Opera and Les Misérables to the more light-hearted Mamma Mia! and Hamilton. However, Broadway is more than just the heart of the American theater industry – although that is certainly impressive enough on its own.

Broadway is actually the oldest north-to-south thoroughfare in New York City, and it stretches all the way from Lower Manhattan to the charming towns of Westchester County. The street began as the Wickquasgeck Trail, created by Native Americans; in the centuries since, it has been called everything from “Gentleman’s Way” to “Automobile Row”.

This street is home to some of the city’s most majestic theaters, historic apartment buildings, and celebrated bars. It should be on everyone’s New York City bucket list, especially if you are staying on the Upper West Side. You can spend an entire day or more seeing the sights of Broadway. 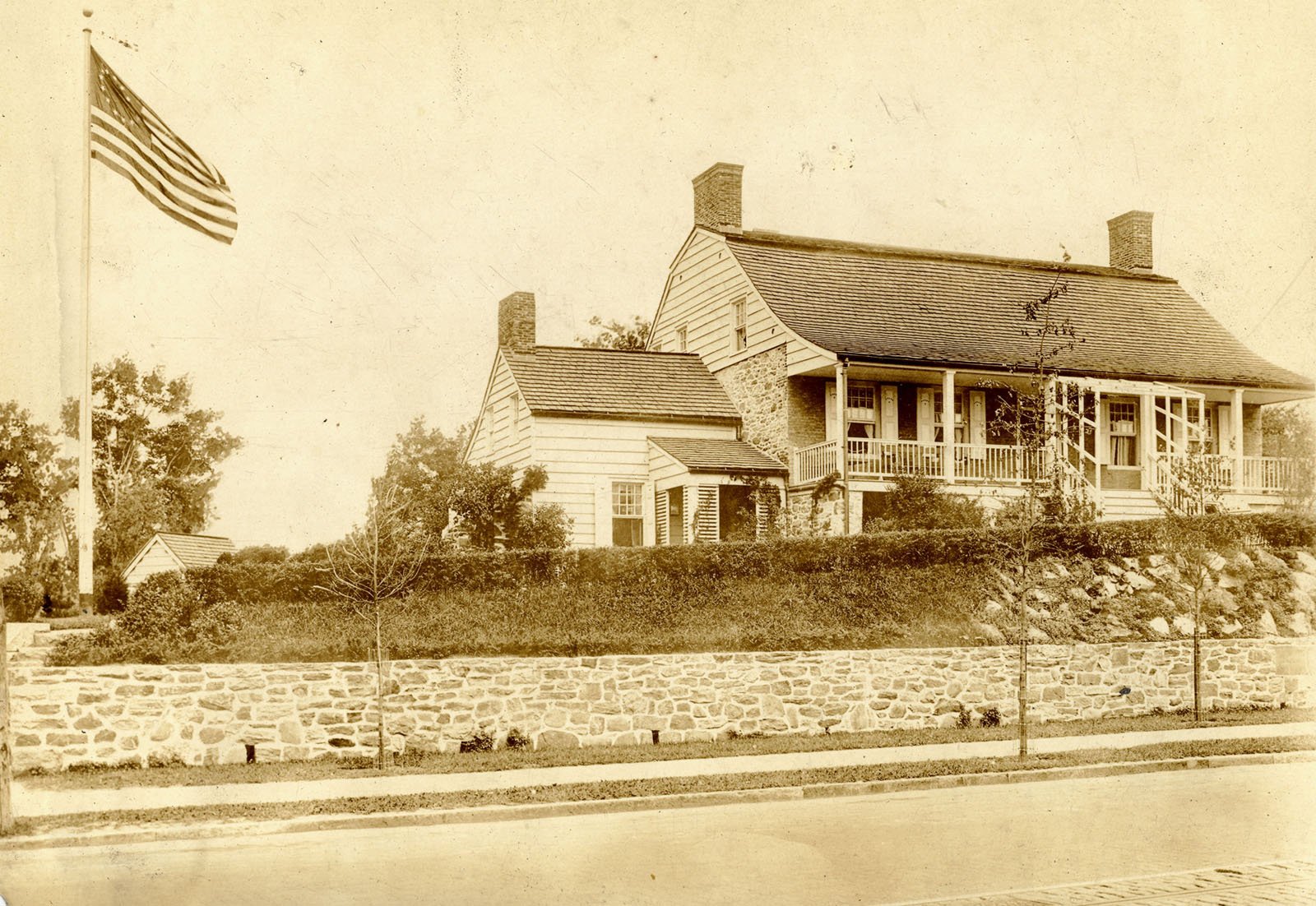 The Dyckman House at 4881 Broadway is well into northern Manhattan, but it is definitely worth the trip up. Built in 1785, It is the oldest remaining farmhouse on Manhattan Island. The Dutch Colonial building is both a New York City landmark and a National Historic Landmark, so it is the perfect destination for history buffs. 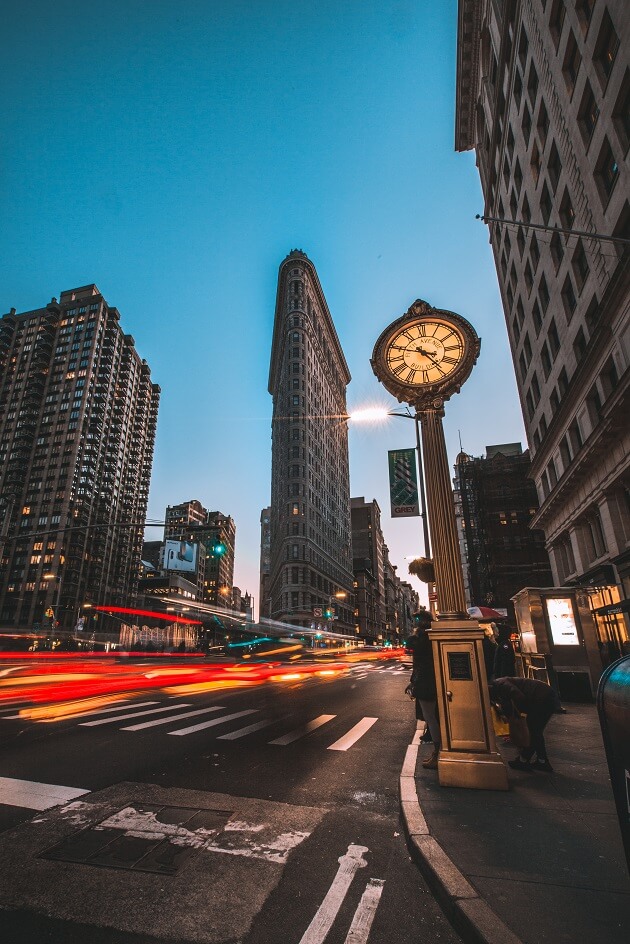 The famous Flatiron Building is also on Broadway; it sits at the corner of Broadway, Fifth Avenue, and East 22nd Street. Completed in 1902, it has become one of New York’s iconic destinations. It is famous primarily for its wedge shape and its resemblance to a clothing iron, and its interior is currently being renovated. 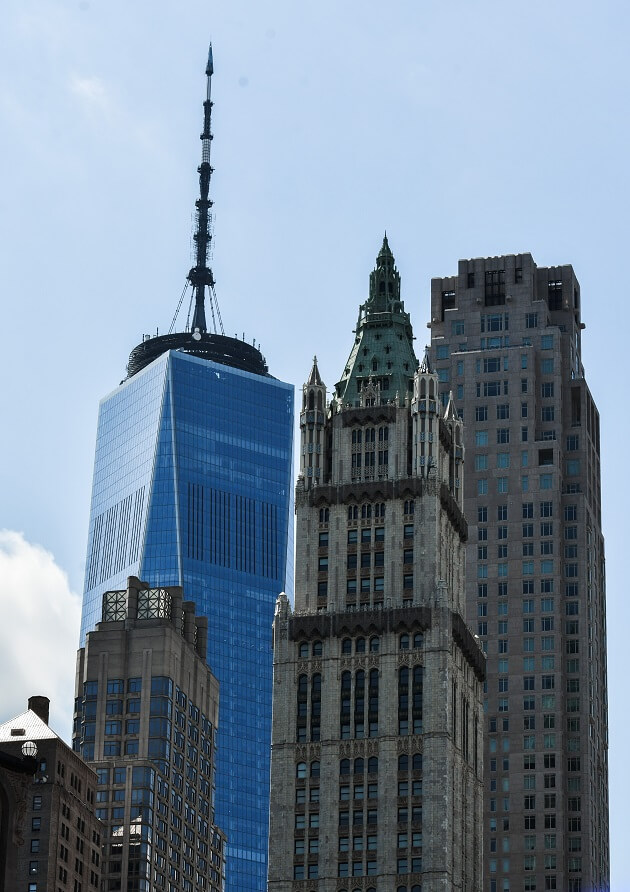 Though the stately Woolworth Building was completed in 1912, it is still one of the 100 tallest buildings in the United States. This quintessential feature of the city’s skyline is located in Tribeca, where it serves as an office building. The building has appeared in countless films and TV shows, and it has had a significant architectural and cultural impact. 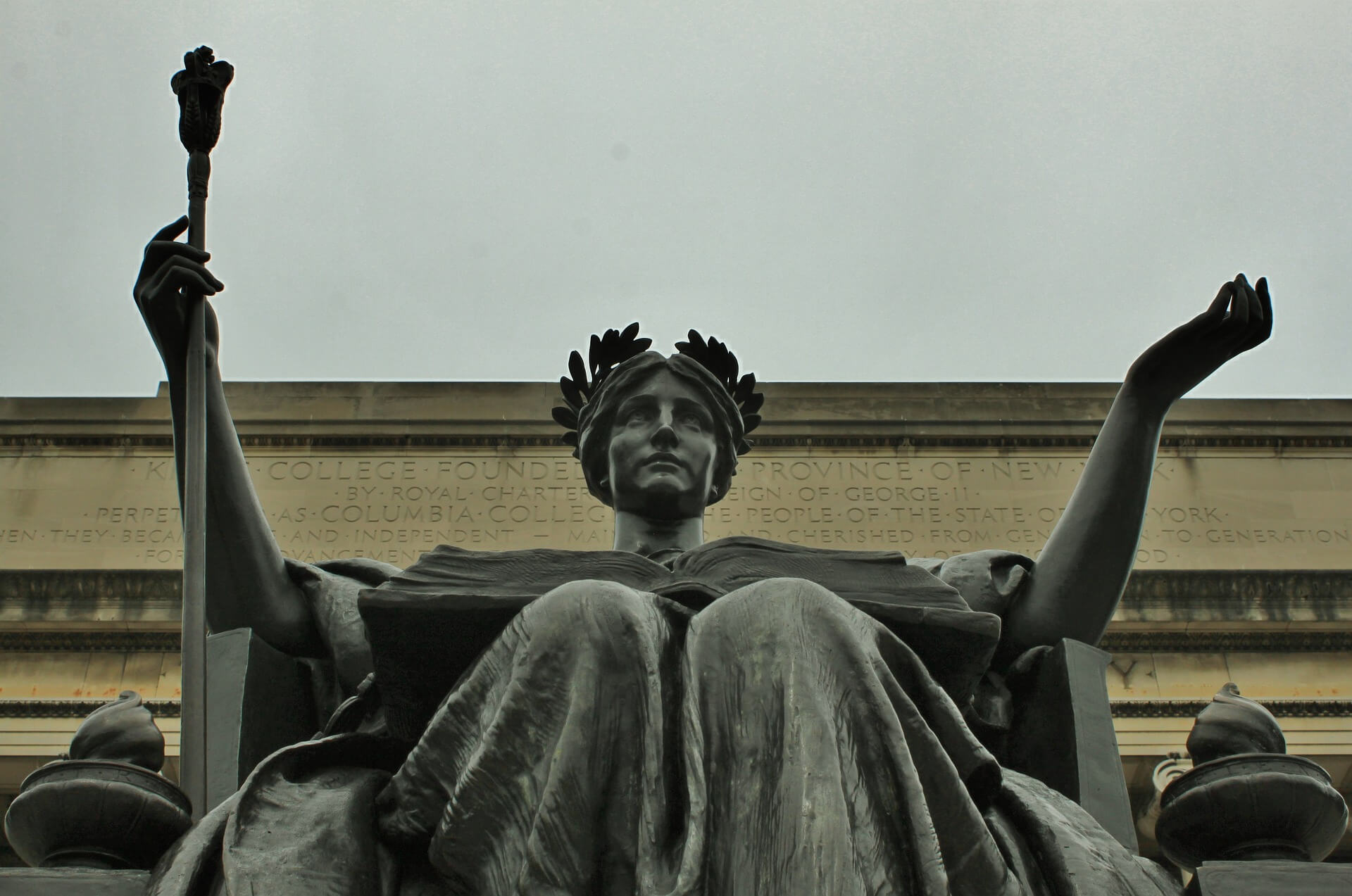 Parts of the Columbia University campus are also on Broadway. As one of the oldest higher learning institutions in the United States, it has a grand old Beaux-Arts campus in Morningside Heights. Among its historically and architecturally significant buildings are the Low Memorial Library, a beautiful Neoclassical structure, and Philosophy Hall, where FM radio was invented. The elegant campus is open to visitors, and it serves as a breath of fresh air among the hustle and bustle of the city.

Parts of the Columbia University campus are also on Broadway. As one of the oldest higher learning institutions in the United States, it has a grand old Beaux-Arts campus in Morningside Heights. Among its historically and architecturally significant buildings are the Low Memorial Library, a beautiful Neoclassical structure, and Philosophy Hall, where FM radio was invented. The elegant campus is open to visitors, and it serves as a breath of fresh air among the hustle and bustle of the city.

Broadway is home to 46 theaters, every single one of which contributes to its reputation as the heart of American theater. Though each is incredible in its own right, here are some of the most significant:

Lyric Theater has hosted some of the best shows in Broadway’s history. It has been the performing space for Cirque du Soleil, Harry Potter and the Cursed Child, The Three Musketeers, and much more throughout its storied history. Built in 1903, it has a capacity of almost 1,900 people.

Built in 1927, Majestic Theatre has been home to Phantom of the Opera since it premiered in 1988. The Spanish style performance house is located in Midtown Manhattan, and it can seat over 1,600 people.

The largest theater on Broadway, Gershwin Theatre has one of the most modern facades. It opened in 1972, and it has been home to the musical Wicked since 2003.

The Minskoff Theatre, located inside the One Astor Plaza office building, opened just after the Gershwin, in 1973. It is known for quite a few long-running productions, such as West Side Story and The Pirates of Penzance. Since 2006, it has hosted the musical The Lion King, the highest-grossing Broadway musical of all time.

Though it is one of the smallest theaters on Broadway, the Lyceum Theatre is one of the oldest and most iconic. It has been continuously operating since it was built in 1903, and it retains much of its original Beaux-Arts design. In the early 1900s, it was home to productions like The Importance of Being Earnest and The Merchant of Venice; it is currently home to the musical A Strange Loop.


Especially in the Upper West, Broadway widens out into a grand, leafy boulevard, perfect for a stroll. It is dotted by historic buildings and incredible performing arts venues, making it one of New York City’s most notable streets. From farmland on the northern end of the island to the Financial District in the south, a trip down Broadway will be sure to introduce you to the fascinating and diverse neighborhoods of the city.